Video is awesome, and there are huge opportunities for starting a video business. TV is about to be turned on its head, YouTube is the second busiest website on the web (after it’s owner, Google) and amongst this, people are still afraid of video…

Inside this Guide on Starting a Video Business and Make Money with Online Videos:

But first, watch this video. Its part of a video course I found on YouTube, so I’ve embedded the whole lot here.

Okay, so a short interlude (damn the 10-minute limit on YouTube!). The gist of this video is that video is awesome. There’s big money involved, and with the rising number of YouTube stars earning more than $100,000every year, and with more and more people watching video, getting into video, video marketing and the videography industry is a smart move, particularly with the low entry barriers - a camera and a laptop. That is all.

This guide is all about empowering you to do the same, and create a business around video blogging (vlogging), selling video production services to businesses, creating online TV shows or getting people to come and see your acting skills, your band or whatever.

Okay, pretty neat right? I’ve embedded the rest of the free training videos below (Video Boss Short Course) but if you’re ready to dig into some of the video business opportunities, then scroll down now.

Here’s the thing. Andy Jenkins fourth video is a simple sales pitch. He opens the doors to a $1997 coaching program where you get access to a bunch of videos he’s put together on making and marketing video. Two thousand dollars! Three videos and a pitch like that? So we know video can sell...

What you’re paying for is coaching, and the convenience of getting lots of information packed together – you don’t have to spend months of your time finding and figuring stuff out. It’s for the cash-rich, and time poor. I wouldn’t try buying that, and neither (I suspect) would you.

Instead, what I’ve done is gone and started the legwork in finding out about video at other places on the net, and I’ve found some much juicier, much more affordable (free?!) kit you can dig your teeth into.

...And then I’ve created a few models for you to look into starting a video business...

Get Your Video Online - Video Course 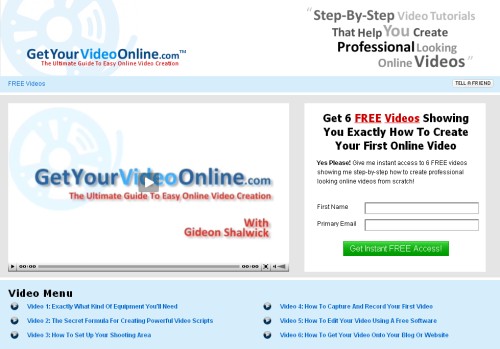 The 6-part video course is by Gideon Shalwick who is one of these ‘video guy’ internet marketers and he creates free video courses like this to presell expensive coaching programs about video, blogging… and video blogging. He tends to focus more on the technical parts. To give you a taster of the course:

Video 1: Exactly What Kind Of Equipment You'll Need
Video 2: The Secret Formula For Creating Powerful Video Scripts
Video 3: How To Set Up Your Shooting Area
Video 4: How To Capture And Record Your First Video
Video 5: How To Edit Your Video Using A Free Software
Video 6: How To Get Your Video Onto Your Blog Or Website


Gideon Shalwick has done a redirect on the homepage to another product he’s just launched, but doing some moolah on Google, I’ve found the right page you needto get the login details and the free videos. 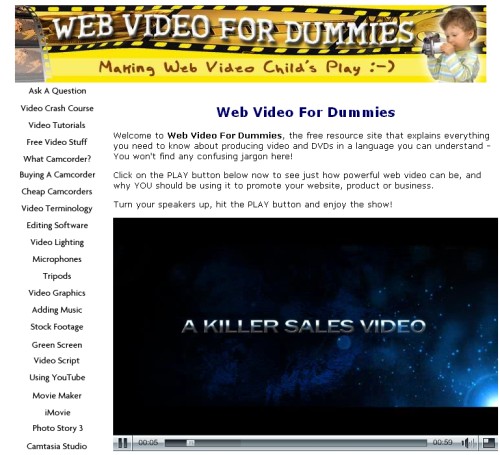 Peter Skuse is a British Video Producer who has created a website all about web videofrom choosing the right camera, shooting equipment and software to creating ads, DVDs and making money.

Katie Freiling is in the internet marketing space, focusing on social media and video in particular. She doesn’t just cover video marketing though; she talks about entrepreneurship, personal development and wellness – which is great!

Again, she does promote her own and other people’s more expensive products ($400+) so provided you don’t get ‘sucked in’, Katie’s blog and videos will be really helpful.

The post I found particularly useful is this one: My 10 Most Powerful Video Marketing Tips

Now, if you watched the Video Boss videos at the top of this page, and read the bit about it going on to sell a two-thousand dollar coaching program, then you’ll kinda get the picture that learning video marketing thoroughly, is going to be mighty expensive. Video works, video is profitable and the time to cash in is now – and those in the know, know that… hence the expense.

Now, as teenagers, neither of us can or should afford to fork out thousand bucks for a coaching program - even before buying a camera and some editing software - so I started looking around for a suitable alternative... and I found one. 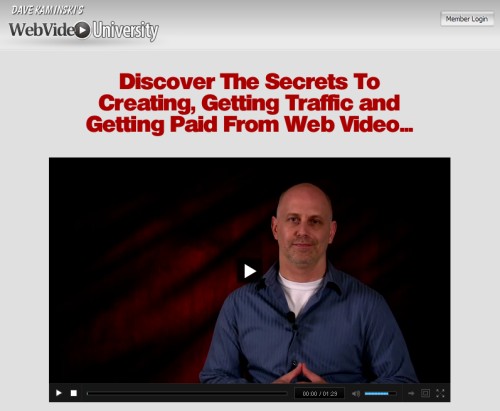 Well, the 86 second video on the first page explains most of what they’re about. Dave Kaminski’s course is essentially video tutorials to creating video. Now, he’s bundled in some software in with the training which creates a dilemma for you, because he has two different training options:

It’s designed to be a membership site, yes. But there are ways around this, like subscribing for only one month. Take in all the training, make loads of notes and cancel your subscription – don’t worry. You’re young, and you probably don’t have deep enough pockets to sustain membership when you’re starting out.

For that reason, I would recommend waiting to subscribe until you hit your holidays when you’ve a bit more free time to dig into some of the suggestions. A full, in-depth review is on it’s way, but until then – if you think this is for you, stick to the ‘Budget Plan’ and subscribe for 1-2 months. 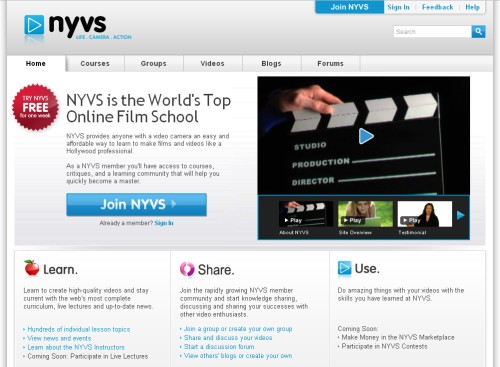 New York Video School is a much cheaper path to mastering online video. They offer a free membership option where you can follow their members-only blog, join in the forum and receive special discounts and more - a no-brainer if you really want to get into video.

Then, they have a paid ‘plus’ membership plan where you get access to video tutorials and training, you can get your video’s critiqued by New York Video School instructors and (coming soon) you’ll be able to make money via the NYVS marketplace.

Membership is only $9.95/month which is about as much as a decent magazine, and that comes with a 7-day free trial which I encourage you to try right now. If you like it, then you can get a sizeable discount for subscribing for a whole year. I say, go for it! 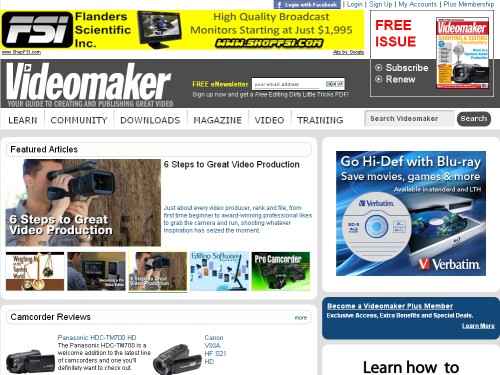 Videomaker is a videography magazine which also has an awesome website, packed with tutorials, freebies, stuff to download, community forum, reviews and so much more. Take a look and see what you think.Also checkout Vimeo's free Video School

Return from Starting a Video Business to Your Teen Business